Still reeling from a former teammate’s betrayal, Commonwealth operative Simon Kovalic and his band of misfit spies have no time to catch their breath before being sent on another impossible mission: to pull off the daring heist of a quasi-mythical alien artifact, right out from under the nose of the galaxy’s most ruthless crime lord.

Except their cold war rivals, the Illyrican Empire, want the artifact for themselves. And Kovalic’s newest recruit, Specialist Addy Sayers, is a volatile ex-con with a mean hair-trigger who might put the whole mission at risk. Can Kovalic hold it all together, or will the team tear itself apart before they can finish the job?

“A witty, fast-paced thriller that doesn’t skimp on its characters, The Aleph Extraction adds a heist-flavored spin to Moren’s clever interstellar Cold War spycraft. The result is Ocean’s Eleven in zero gravity, served up with heart and humor. Not to be missed!”
—Helene Wecker, author of The Golem and the Jinni

“The perfect blend of humor, empathy, and gritty action, Dan Moren is one of the most exciting voices to enter the literary world in a long time.”
—Myke Cole, author of ‘The Sacred Throne’ trilogy”

“Fresh and engaging. No one blends fun and thrill quite like Dan Moren.”
—Jay Posey, author of Outriders

“Moren delivers another thrill ride. Grabbed me from the first chapter and didn’t let go.”
—Michael Mammay, author of Planetside

“Moren’s latest entry in the Galactic Cold War series, The Aleph Extraction, ratchets up the action, tension, and wit… the interstellar heist caper you didn’t know you needed, but not to be missed.”
—Eric Scott Fischl, author of Dr. Potter’s Medicine Show

“…A delightful story of found family wrapped around an edge-of-your-seat space heist. The Aleph Extraction races to a rewarding and unexpected conclusion—I stayed up until 2am to finish it in one sitting!”
—TJ Berry, author of Space Unicorn Blues

“Moren ably plays with trope and archetype to bring new life and new dimensions to the tried-and-true Heist Plot, but the best action is found around the kitchen table and other quiet places where the characters come together. Major Simon Kovalic and his covert-ops team of misfits come together at their broken places, and their bond is stronger and more realistic for it.”
—RWW Greene, author of The Light Years

“A brilliant heist with a dynamic cast. Everything I was looking for in a spy novel!”
—Reese Hogan, author of Shrouded Loyalties

“A wisecracking caper that nevertheless doesn’t skimp on the details and human cost of interstellar war, like John Le Carré meets The Stainless Steel Rat. Moren is one to watch.”
—Antony Johnston, creator of Atomic Blonde and The Coldest Winter

“An action-packed thriller with a new twist in every chapter–the kind of book you don’t want to put down. The Bayern Agenda reads like Mission Impossible set in space. Filled with well-rounded characters and an incredibly rich backstory, Moren brings his vision of a cold war galaxy to brilliant life.”
—Michael Mammay, author of Planetside 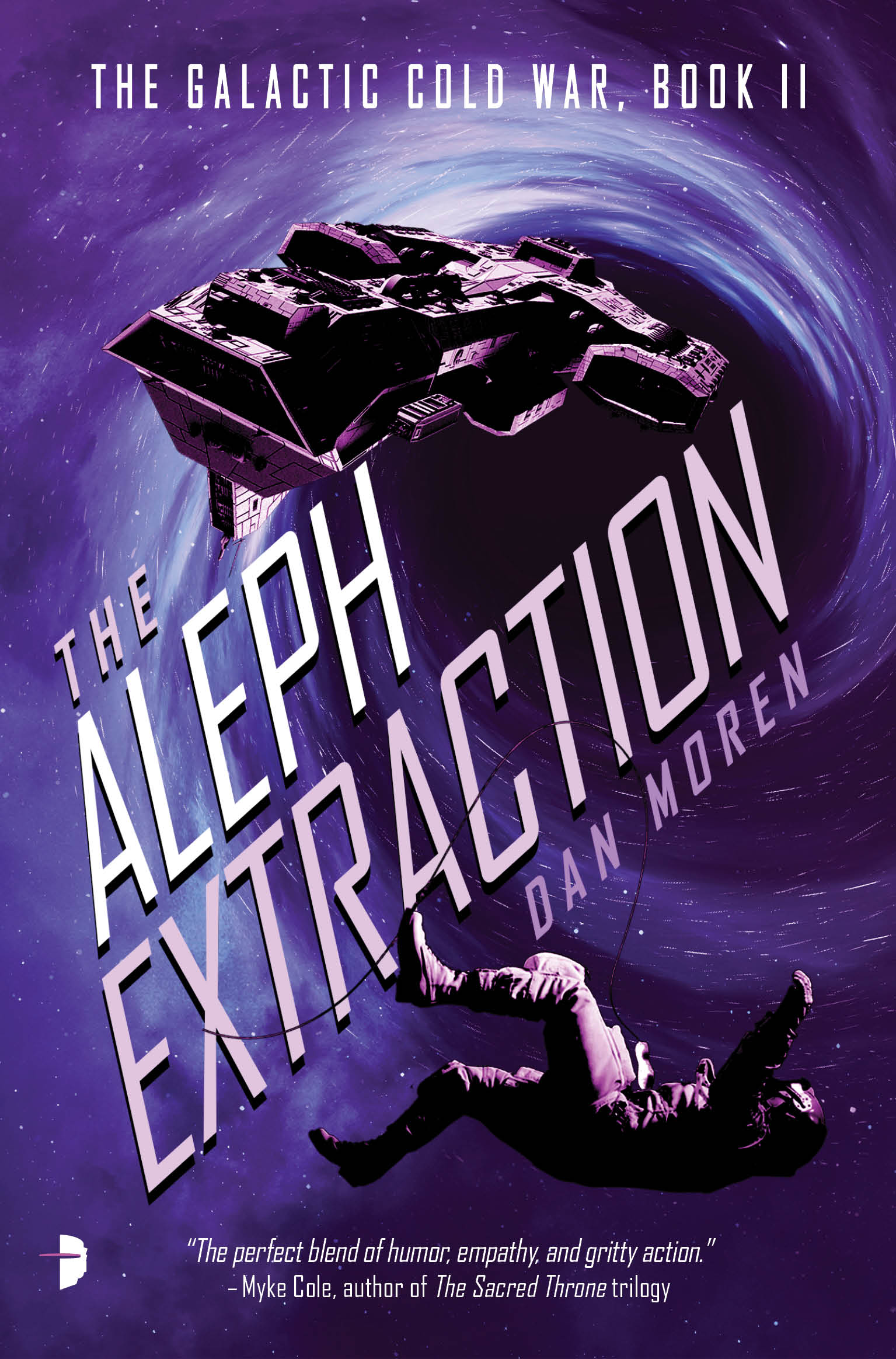