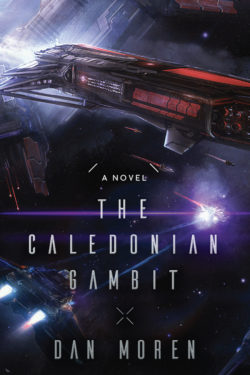 A covert operative and a washed-up pilot team up to track down a mysterious superweapon before it catapults the galaxy into open war.

The galaxy is mired in a cold war between two superpowers, the Illyrican Empire and the Commonwealth. Thrust into this struggle are Simon Kovalic, the Commonwealth’s preeminent spy, and Kyle Rankin, a lowly soldier happily scrubbing toilets on Sabea, a remote and isolated planet. However, nothing is as it seems.

Kyle Rankin is a lie. His real name is Eli Brody, and he fled his home world of Caledonia years ago. Simon Kovalic knows Caledonia is the site of a top-secret weapon project and that the past Brody so desperately tried to abandon can grant him access to people and places that are off limits even to a professional spy like Kovalic.

Kovalic needs Eli Brody to come home and face his past. With Brody suddenly cast in a play he never auditioned for, he and Kovalic will quickly realize it’s everything they don’t know that will tip the scales of galactic peace. Sounds like a desperate plan, sure, but what gambit isn’t?

Novel
Timeline: Six months prior to The Bayern Agenda. 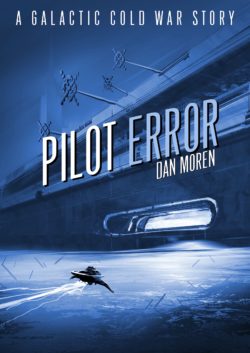 It’s been six months—six endless months—since former starfighter pilot Eli Brody helped Simon Kovalic and his team of Commonwealth covert operatives take on a terrorist organization on his home planet of Caledonia. But instead of being swept up in a new life of intrigue and excitement, Eli has instead been tasked with sharpening his rusty piloting skills on routine asteroid mining missions.

But, as he’s about to discover, those missions can quickly become anything but routine… 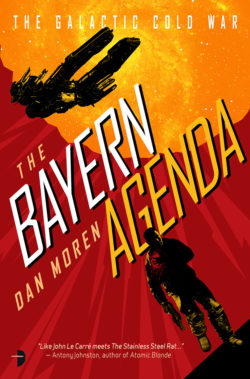 When the Illyrican Empire takes an interest in the galaxy’s biggest bank, a team of Commonwealth covert operatives tries to stop a cold war from turning hot.

Simon Kovalic, top intelligence operative for the Commonwealth of Independent Systems, is on the frontline of the burgeoning Cold War with the aggressive Illyrican Empire. He barely escapes his latest mission with a broken arm, and vital intel which points to the Illyricans cozying up to the Bayern Corporation: a planet-sized bank.

There’s no time to waste, but with Kovalic out of action, his undercover team is handed over to his ex-wife, Lt Commander Natalie Taylor. When Kovalic’s boss is tipped off that the Imperium are ready and waiting, it’s up to the wounded spy to rescue his team and complete the mission before they’re all caught and executed. 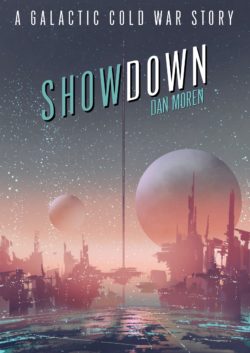 The job was supposed to be straightforward: find an Illyrican scientist and make sure he didn’t make his way back to the Imperium. But Commonwealth operative Simon Kovalic knows nothing ever goes to plan. So, when a duplicitous bounty hunter lives up to his reputation, Kovalic’s ready—just maybe not ready enough.

Now he and his team must get offworld, before their enemies catch up with them… 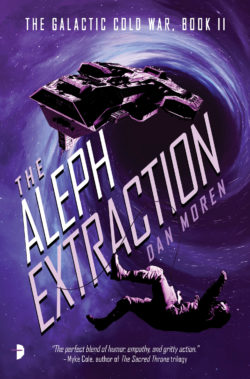 Aboard a notorious criminal syndicate’s luxurious starliner, Simon Kovalic and his crew race to steal a mysterious artifact that could shift the balance of war…

Still reeling from a former teammate’s betrayal, Commonwealth operative Simon Kovalic and his band of misfit spies have no time to catch their breath before being sent on another impossible mission: to pull off the daring heist of a quasi-mythical alien artifact, right out from under the nose of the galaxy’s most ruthless crime lord.

Except their cold war rivals, the Illyrican Empire, want the artifact for themselves. And Kovalic’s newest recruit, Specialist Addy Sayers, is a volatile ex-con with a mean hair-trigger who might put the whole mission at risk. Can Kovalic hold it all together, or will the team tear itself apart before they can finish the job? 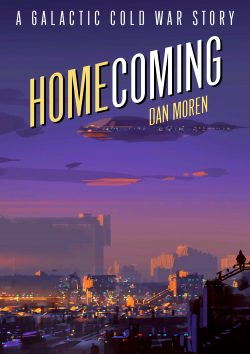 Visiting your family can be stressful. For Commander Natalie Taylor of the Commonwealth Navy, it’s doubly so, since it means traveling across enemy lines to her homeworld of Centauri, occupied by the Illyrican Empire for the last twenty years.

And when you’re a spy with a job to do, well, it can be downright deadly. 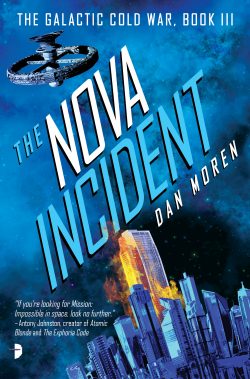 The Galactic Cold War hits close to home, in more ways than one…

When a bomb explodes in the bustling Commonwealth capital city of Salaam, responsibility is quickly claimed by an extremist independence movement. But after a former comrade, an ex-spy with his own agenda, is implicated in the attack, Simon Kovalic and his team of covert operatives are tasked with untangling the threads of a dangerous plot that could have implications on a galactic scale.

But the deeper Kovalic digs, the more he’ll uncover a maze of secrets, lies, and deception that may force even the most seasoned spy to question his own loyalties.