When a bomb explodes in the bustling Commonwealth capital city of Salaam, responsibility is quickly claimed by an extremist independence movement. But after a former comrade, an ex-spy with his own agenda, is implicated in the attack, Simon Kovalic and his team of covert operatives are tasked with untangling the threads of a dangerous plot that could have implications on a galactic scale. And the deeper Kovalic digs, the more he’ll uncover a maze of secrets, lies, and deception that may force even the most seasoned spy to question his own loyalties.

“Moren spins an intricate spy story hinging on technology and character depth to draw the reader along. The Nova Incident will keep readers on edge.”
—Booklist

“If you’re looking for Mission: Impossible in space, look no further.”
—Antony Johnston, creator of Atomic Blonde and The Coldest Winter

“Another outstanding installment of The Galactic Cold War series.”
—Michael Mammay, author of The Misfit Soldier

“…Ocean’s Eleven in zero gravity, served up with heart and humor. Not to be missed!”
—Helene Wecker, author of The Golem and the Jinni

“Fresh and engaging. No one blends fun and thrill quite like Dan Moren.”
—Jay Posey, author of Outriders

“A brilliant heist with a dynamic cast. Everything I was looking for in a spy novel!”
—Reese Hogan, author of Shrouded Loyalties

“Major Simon Kovalic and his covert-ops team of misfits come together at their broken places, and their bond is stronger and more realistic for it.”
—RWW Greene, author of The Light Years

“The interstellar heist caper you didn’t know you needed, but not to be missed.”
—Eric Scott Fischl, author of Dr. Potter’s Medicine Show 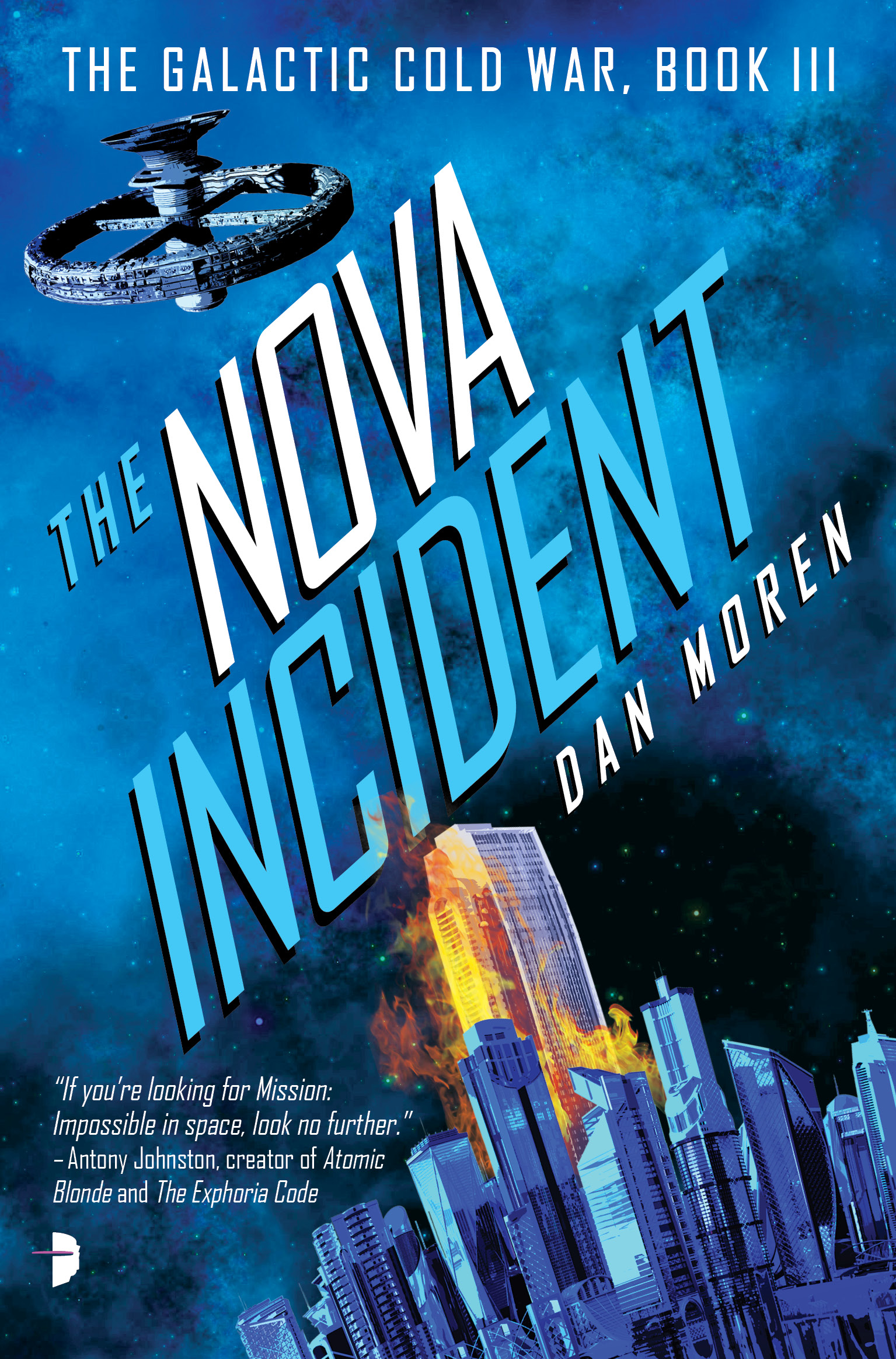