We’re six months out from the debut of my next novel, the latest installment in the Galactic Cold War series. The Nova Incident is a departure from the previous books: without getting too much into the details, it’s the first book in the series to lean more heavily on what’s come in the preceding volumes, and the action takes place entirely on one planet.1

One thing that isn’t different from its predecessors is the excellent cover art, this time courtesy Tom Shone.

However, long-time readers know that I often do my own sketches2 when discussing cover art with my publisher. This time was no different there, either.

When I started thinking about what I wanted on the cover of Nova, my mind was drawn immediately the book’s opening scene, where a bomb explodes in the Commonwealth capital city of Salaam. It’s a big, jarring action scene that sets the plot in motion, and I felt like it really emphasized what Kovalic and crew will be dealing with as the story unfolds.

So, emboldened by Angry Robot Managing Editor Gemma Creffield, who made the dubious decision of telling me that she loved my drawings, I took my usual crack at it, picking up my iPad and Apple Pencil and attempting to represent the idea that was so vivid in my head: a futuristic city on fire, a space station hanging far overhead, and our hero caught unaware. 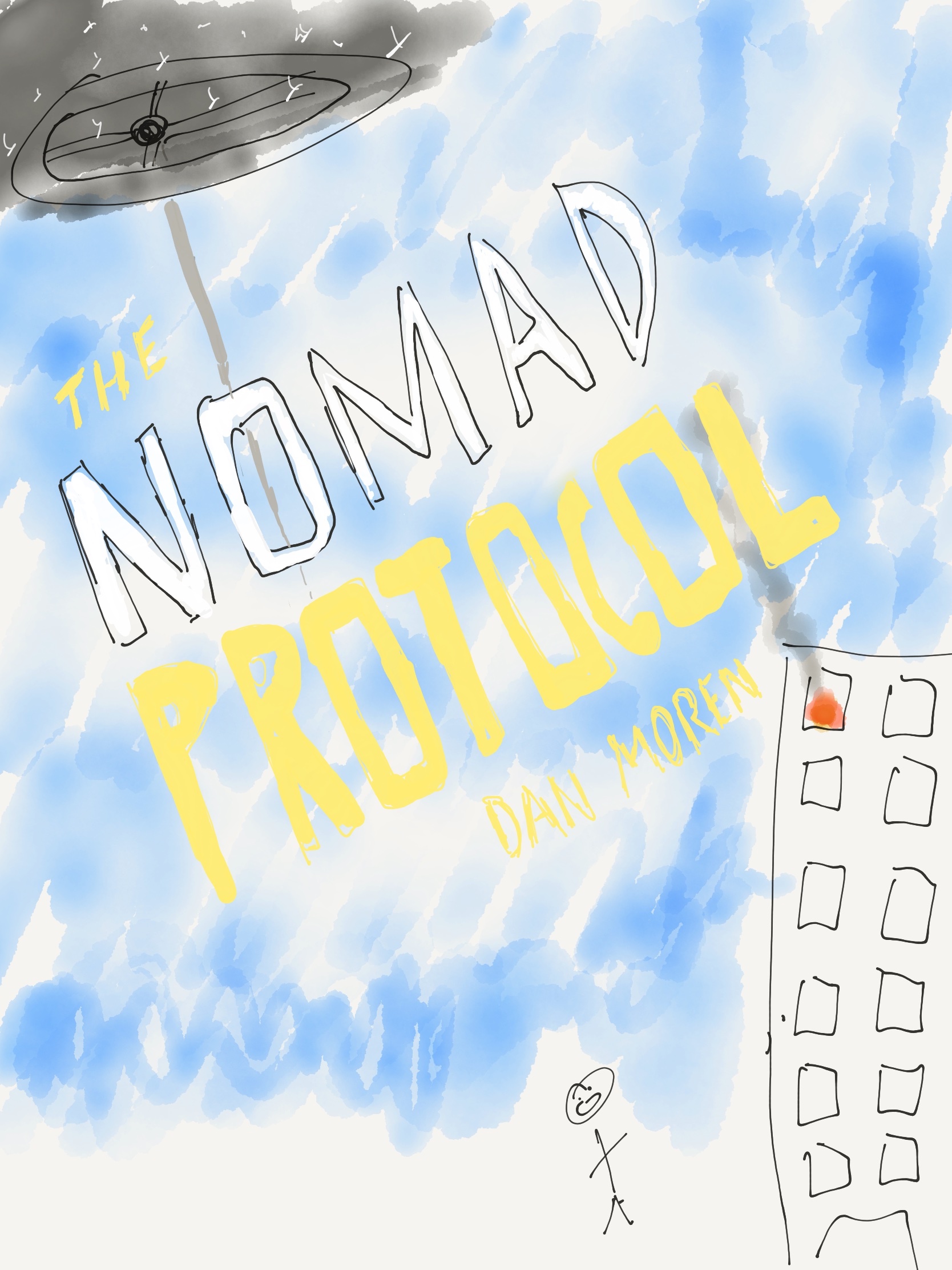 I don’t know, I think I’m getting better?

Anyway, I got a very kind response from both Gemma and AR’s associate publisher, Eleanor Teasdale, who declared “I love this sketch with all of my heart.” The way, I can only assume, one loves a misshapen cake in which one has accidentally swapped the amounts of baking soda and baking powder.3

Naturally, the final result puts mine to shame and I’m delighted with how it turned out. But I’ll reserve a small amount of pleasure that most of the elements from my sketch made their way into the actual cover (albeit with the acceptable loss of our little stick-figure pal down there for scale). And, of course, the very perceptive amongst you might notice that the book had a different title at this point, the result of some input from my agent, Joshua Bilmes.4

As ever, I appreciate the willingness of the Angry Robot team to indulge my burgeoning artistic habit. Here’s hoping that I haven’t ruined my chances of sketching ideas for any future installments in the series, should they happen. (Not that I expect it to make up any percentage of my writing income, ever.)

Just a reminder: The Nova Incident debuts six months from today, July 26! You can pre-order it now, which you should absolutely do, especially if you want another book.5 Pre-orders remain the best way to show your support for an author, as I’m sure I’ll be reminding everybody out there for the next, oh, half a year or so.

Update: And, as of the day this was posted, Barnes & Noble is offering 25% of all preorders, both ebook and paperback, so there’s never been a better time to get yours in!

This entry was posted in The Nova Incident. Bookmark the permalink.